Below are various fact files covering each of the planets and moons you visit throughout the Lander game, with some characteristics listed at the top to give you an idea of what each object is like, and how far away it is.

For comparison, here are the Earth’s characteristics:

Surface gravity: 9.81ms-2
Mean radius: 6,371km
Atmospheric pressure: 101.325kPa (This is the definition of 1 atom)
Semi-major axis: 1AU (The definition of 1AU is the orbital distance of the Earth around the sun)

As our next-door neighbour, and the most visited planetary object in the solar system (except for the moon), Mars has been an object of interest since the first close-up picture in 1965. Since then we’ve discovered a planet quite like our own, with some crucial differences that have resulted in conditions on Mars varying from those familiar to us on Earth.

Current Mars-based research is mostly focused around finding evidence for past life or in preparation for a manned mission, with multiple private companies also setting their eyes on the red planet, and NASA aiming for the first manned mission in the 2030s.

Mars itself has a very thin atmosphere and therefore a much lower surface pressure compared to earth, less than 1% in fact. This means that even though the surface temperature ranges from -100°C to 20°C, dependent on your latitude, water cannot exist as a liquid on the surface due to the low pressure. However, there is strong geological evidence that Mars once harboured liquid water on its surface, and with a thicker atmosphere and with a larger surface pressure the planet could hold on to its liquid water and become a much more habitable place.

Evidence suggests that the planet itself is also no longer geologically active, meaning the silicate mantle which drives continental drift on Earth and continually renews the planet’s surface lies dormant on Mars. A consequence of this is that Mars also lacks a global magnetic field, and so the planet’s atmosphere is exposed to the charged particles being flung out from the Sun.

On Earth, we don’t have to worry so much about the solar wind, as our own magnetic field (produced from our planet’s active interior) deflects these incoming charged particles away. In fact, you can even see evidence of these particles managing to fight their way to our atmosphere in the form of the “Northern Lights”, which is simply light being emitted from a collision between the air molecules and high speed charged particles from the sun.

On Mars, however, without its own magnetic shield the atmosphere is bombarded by these particles and is slowly stripped away from the planet's gravity holding it in place.

Io is the innermost of the four Galilean moons that orbit Jupiter, and exists in something called a 4:2:1 resonance with two of the other Galilean moons, Europa and Ganymede. Essentially all this means is that in the time it takes for Ganymede to orbit Jupiter once, Europa orbits twice and Io four times. This orbital sync up locks the moon in its slightly eccentric orbit, and as a result, great tidal forces are produced from the continually changing gravitational pulls that the moon experiences from Jupiter and the two other moons.

These huge tidal forces produce 200 times as much energy as is produced from radioactive decay alone (the cause for the interior heating in most planetary bodies, including Earth) and consequently, Io is the most geologically active body that we know of in the entire solar system.

When Voyager 1 took its first look at Io in 1979, the lack of many impact craters on the surface of Io suggested that the surface is young (in terms of lifetimes of stars) and that over millions of years the surface is continually renewed by geological activity. Objects with no active geology are usually littered with impact craters - simply look at our own moon.

Voyager also observed no less than 9 active volcanos on the moon’s surface, which since then have been seen to erupt material up to 330km above the moon’s surface. Surface lakes of lava have also been detected on this abstract moon.

Titan is the largest of Saturn’s moons, and the second largest in the solar system, beaten only by Jupiter’s Ganymede. It is also the only known moon to have a significant atmosphere, consisting of mostly nitrogen (98.4% in the upper atmosphere and 95% near the surface) and methane (1.4% and 4.9% respectively) with some other trace elements, and is the only other object besides Earth to have stable bodies of surface liquid. It is however much colder than Earth with a temperature varying around -180°C, and so any water on Titan is in fact frozen solid.

However, at such low temperatures, methane gas takes on the role of water, forming its own “methane cycle” analogous to how the water cycle works here on Earth. Careful models of Titan's atmosphere suggest that the lakes also display seasonal changes, and over the course of a Saturnian year (around 29 years on Earth) surface liquid is transported from the equatorial region to the poles where it falls as methane rain.

Taking its similarities to Earth the next level, it is also believed that Titan is prebiotic environment rich in organic chemistry, meaning that it is believed to have suitable conditions for the emergence of life. It may even host a subsurface liquid ocean which could also serve as a biotic environment.

Although no direct evidence of complex organic molecules has been detected, it is believed that Titan's conditions are very similar to those theorised for a primordial Earth. Just like how organisms can live in water on the Earth, it’s also believed that life could thrive in the methane and ethane lakes present on Titan, however the internal chemistry of these organisms would not be the same as here on Earth.

This theoretical type of life would instead inhale H2 in place of O2, they would then metabolise it with acetylene as opposed to glucose, and finally exhale CH4 (methane) instead of CO2. We have yet to discover direct evidence of this form of life on Titan; however we have only just began to scrape the surface with its exploration, and there are multiple pieces of evidence including the higher percentage of methane in the lower atmosphere that suggest that life could exist here. 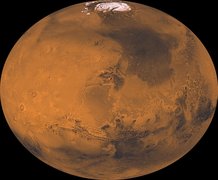 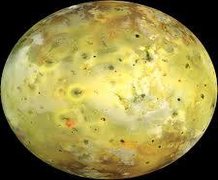