Stars are hot balls of gas, mostly hydrogen, threaded by magnetic fields and powered by nuclear fusion. This gas is so hot that electrons and protons are stripped from the hydrogen atoms, creating a mixture called a plasma.

Telescope observations reveal a wide variety of stellar properties and magnetic behaviour. Many of our research activities focus on the development of fundamental theories and numerical models to explain and even predict observed stellar phenomena.

These studies provide us with a greater understanding of the processes in action in our own Sun and other stars, some of which may have planets that could potentially support life.

Stellar evolution is the process by which a star changes over the course of its lifetime. As a star evolves, its internal structure also changes. Energy is generated in central region of the star, and outer layers form that vary with stellar properties. In these outer layers, the dominant method of energy transport is either through electromagnetic radiation by photons or by convection of the plasma.

Here at the University of Exeter, we investigate the fundamental physics involved in determining the evolutionary properties and internal structures of stars of various masses.

We also explore the link between star formation, stellar evolution, and the impact of accretion on the structure of young forming stars. Accretion is a process by which surrounding material is gravitationally attracted to the star. This material often takes the form of a disc before spiraling inward to the star itself.

Stars are made of plasma, which is in constant motion due to rotation and convection. This leads to the generation of magnetism in the interior. This magnetism can then be observed at the surface of a star and beyond.

Our research on this subject focuses on the fundamental fluid processes inside stars, and the means by which stars generate and replenish their magnetic field through fluid motions. This process is referred to as a dynamo mechanism.

The magnetic activity of solar-like and low-mass stars is observed to be linked with the star’s formation process and rotation. As these stars age they lose rotational momentum, reducing their rotation rate and activity level.

Studies on this topic characterise how stars lose rotational momentum, or spin down, through two key processes. One is by magnetic interaction of a star in later stages of formation with its surrounding accretion disc. The other is through torques, or twisting forces, exerted on the star by its stellar wind. A stellar wind is a flow of charged particles from the star’s atmosphere within which magnetic field from the star is embedded. 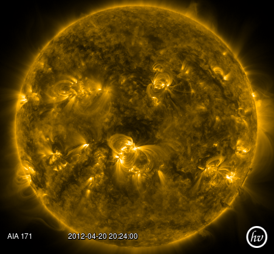 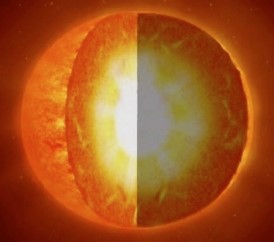 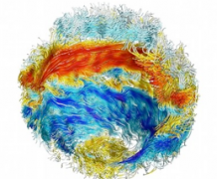 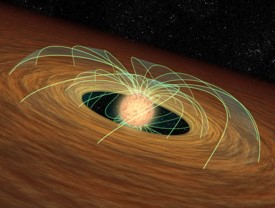