Skip to main content
Physics and AstronomyResearchAstrophysicsResearchGalaxies and the interstellar medium

Galaxies and the interstellar medium 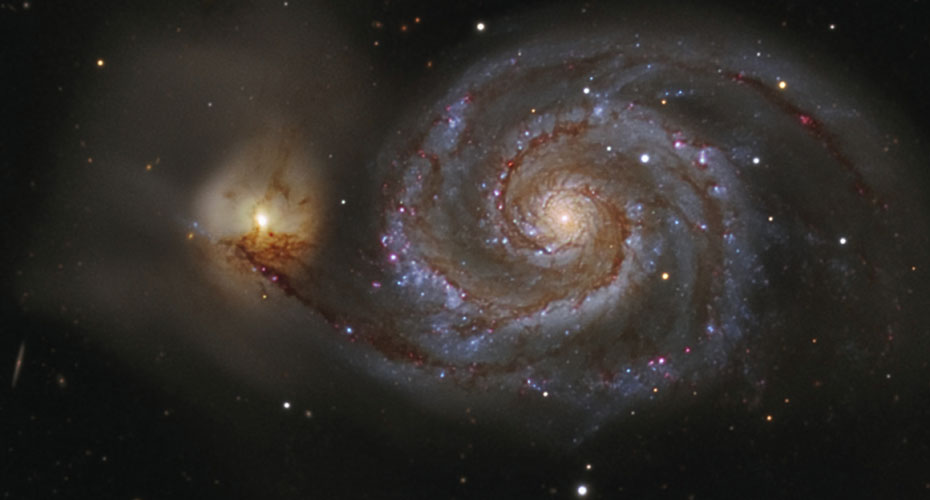 Both the evolution of galaxies, and the details of star formation, are controlled by the dynamics of the interstellar medium (ISM), which is the gaseous component of galaxies.

Stars form where the gas becomes cold and dense, in massive clouds of gas known as giant molecular clouds. The number of stars which form in these clouds determine how fast gas in galaxies is depleted and hence their ultimate evolution.

Since the formation and properties of molecular clouds are linked to large scale processes, such as spiral density waves and turbulence, it is vital to study molecular clouds in the context of an entire galaxy.

Here at Exeter, we perform state-of-the-art hydrodynamic simulations of galaxies to follow the gas in galaxies as it forms molecular clouds, stellar clusters, and then disperses. Our theoretical work is complimented by the ‘Exeter Outer Galaxy Survey’, a large scale observational program to map CO in the Galaxy at the finest resolution. To properly compare the observations and simulations, we also undertake radiative transfer calculations to produce synthetic HI and CO maps from the simulations.

Astrophysics staff working in this area