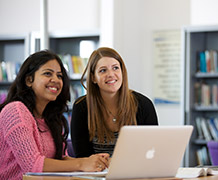 A prestigious national award scheme has recognised the University of Exeter’s College of Engineering, Mathematics and Physical Science’s dedication to gender equality.

Both the Engineering and Physics departments have been awarded a coveted Athena SWAN Bronze award, it has been announced.

The Athena SWAN awards are bestowed on institutes and departments that can demonstrate a meaningful and ongoing commitment to working towards this cause.

The latest awards mean that every one of Exeter’s STEM/M (Science, Technology, Engineering, Mathematics and Medicine) departments now has an Athena Swan award.

Professor Ken Evans, Pro-Vice-Chancellor and Executive Dean for the College of Engineering, Mathematics and Physical Sciences said: “I am delighted by these latest awards, they are a testament to the commitment and dedication shown by everyone to promote the careers of women in science and engineering.

“The fact that all STEM/M departments here at Exeter have now achieved Athena SWAN awards is also recognition of the commitment of all our staff in ensuring that women are encouraged and supported to achieve their potential.”

The University of Exeter has been a member of the Athena SWAN Charter since 2011 and gained its Bronze institutional award in 2012.

The University’s Medical School, as well as the Sport and Health Sciences and the College of Life and Environmental Sciences in Cornwall, have Silver awards, while Mathematics and Computer Science, Psychology, Biosciences and Geography have all been granted Bronze awards.